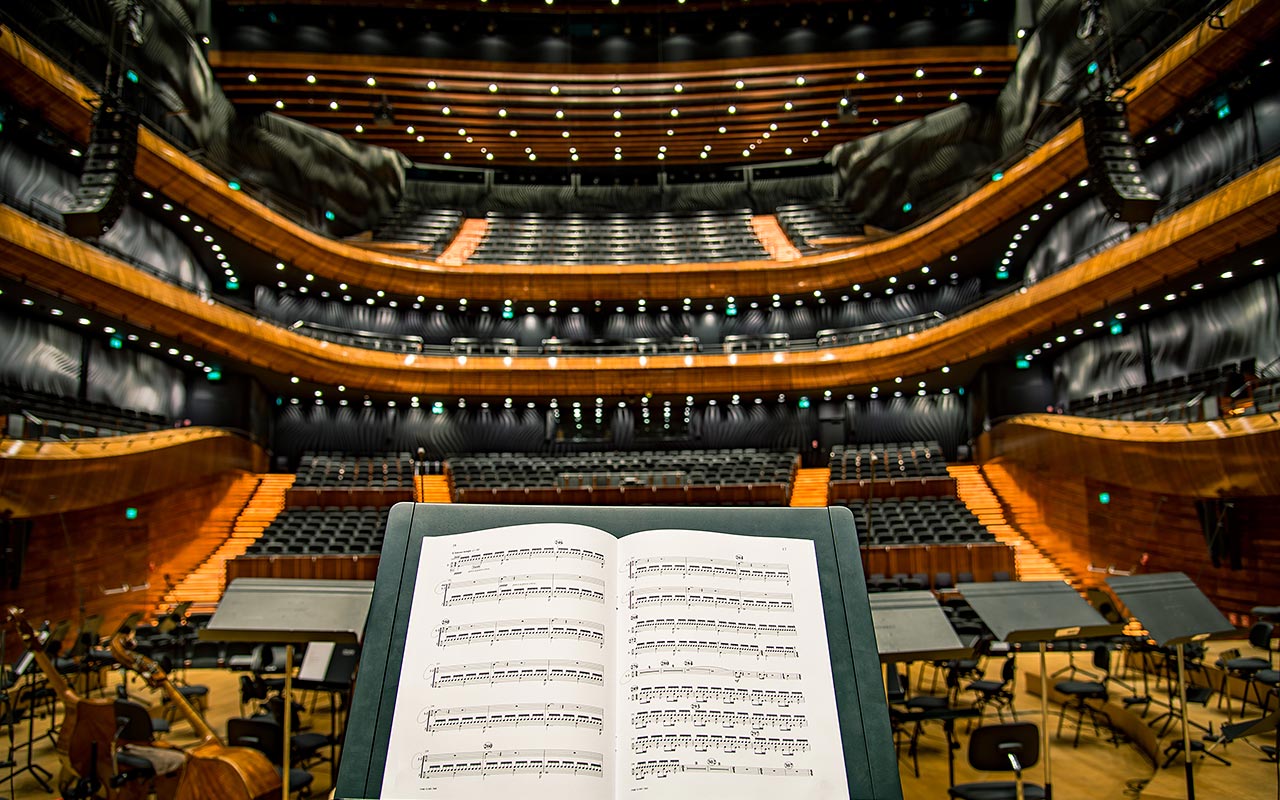 Theatre or theater is a collaborative form of fine art that uses live performers, typically actors or actresses, to present the experience of a real or imagined event before a live audience in a specific place, often a stage. The performers may communicate this experience to the audience through combinations of gesture, speech, song, music, and dance. Elements of art, such as painted scenery and stagecraft such as lighting are used to enhance the physicality, presence and immediacy of the experience. The specific place of the performance is also named by the word “theatre” as derived from the Ancient Greek θέατρον (théatron, “a place for viewing”), itself from θεάομαι (theáomai, “to see”, “to watch”, “to observe”).

Modern Western theatre comes, in large measure, from ancient Greek drama, from which it borrows technical terminology, classification into genres, and many of its themes, stock characters, and plot elements. Theatre artist Patrice Pavis defines theatricality, theatrical language, stage writing, and the specificity of theatre as synonymous expressions that differentiate theatre from the other performing arts, literature, and the arts in general.

Modern theatre, broadly defined, includes performances of plays and musical theatre. There are connections between theatre and the art forms of ballet, opera (which uses staged, costumed performances with singing and orchestral accompaniment) and various other forms.